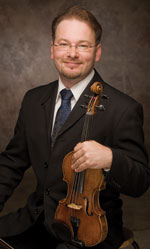 Mateusz Wolski, first violin, has served as concertmaster for the Spokane Symphony since the fall of 2007. He previously served as concertmaster of the Annapolis Symphony. He has had a distinguished career in the United States and abroad. He came to the U.S. to attend Manhattan School of Music in 1996. It was there, with full scholarship, that he completed his bachelor’s and master’s degrees under the tutelage of Glenn Dicterow, concertmaster of the New York Philharmonic. An enthusiastic chamber musician, Wolski has appeared in New York City at Carnegie Hall, Merkin Concert Hall, 92nd Street Y, and the Kosciuszko Foundation. Abroad, his performances have included Wigmore Hall in London and the Mozarteum in Salzburg, as well as numerous engagements throughout Poland, Italy, England and Germany. 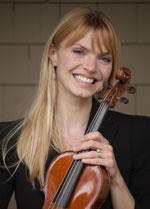 Amanda Howard-Phillips, second violin, has been a member of the Spokane String Quartet since the 2011-12 season. She joined the Spokane Symphony in 2003, and was awarded the position of principal second violin in 2008. Originally from Bainbridge Island, Amanda received her master’s degree in violin performance from the Cleveland Institute of Music, and her bachelor’s degree from the San Francisco Conservatory of Music. She has been awarded fellowships to study at the National Repertory Orchestra and the International Festival-Institute at Round Top, and was awarded first prize in the Pacific Chamber Symphony Concerto Competition in San Francisco. Amanda performs with the Oregon Coast Music Festival in the summer, and is on the faculty at Gonzaga University. 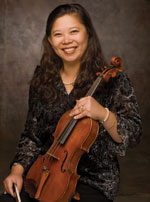 Jeannette Wee-Yang, viola, is the assistant principal violist in the Spokane Symphony. Born in Singapore, where violin lessons were started, she immigrated to Vancouver, B.C., at age 8. She received a bachelor of music degree from the University of British Columbia and a master of music degree from Indiana University. Jeannette has performed with the Singapore Symphony and orchestras across North America, including the Milwaukee Symphony, the Milwaukee Chamber Orchestra, and the Vancouver Symphony Orchestra. She was the principal violist of the Sudbury Symphony in Ontario, Canada, and the assistant principal violist of the Milwaukee Ballet Orchestra. She has taught viola at Whitworth University in Spokane and Carroll College in Wisconsin. Jeannette currently serves on the executive boards of the Spokane Youth Symphony and the Spokane Chamber Music Association. 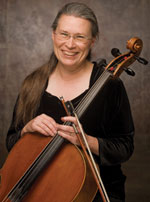 Helen Byrne, cello, is assistant principal cellist with the Spokane Symphony. A native of Spokane, she began her cello studies with Carol Graef. She graduated from Northwestern University with a degree in cello performance and in 1982 joined the Spokane Symphony. She plays a cello made in 1820 by Thomas Kennedy.